Over 6 million views for this viral video by Greenpeace depicting a Shell oil spill in the arctic. Lego will not renew a 50 year old deal with Shell in which toys have been sold in stations around the world.

Then there would be more women into science. And that would make science even more awesomely scientific.

Lego’s female scientist set could inspire a generation of girls to become scientists
Even in Legoland, men have long dominated science. That’s about to change, though. The Danish company just launched Lego Research Institute, a $19.99 line featuring a paleontologist, astronomer and a chemist. Behold: This trio of one-inch female scientists was created by Ellen Kooijman, a “real-life geoscientist,” and selected by vote among LEGO Ideas members. It…

You play with toys in dirt, you get dirty toys. – McNulty

I would love to see this as a kit.

Behold a Lego Curiosity rover built by a designer of the real Curiosity
Amidst the Lego aficionados and fanatics are plenty of engineers who like to recreate the possible and dream of the impossible through little plastic bricks.

To celebrate their first 80 years, Lego has released a17-minute story of the company's history. Who could have imagined plastic bricks would bring so much joy to generations of kids?

Breaking Bad's meth lab done in plastic Lego bricks. I don't think you can find this kit at Target …

This Breaking Bad meth lab LEGO set is unsuitable for children
If you've ever wondered what the taut methamphetamine drama Breaking Bad would look like as an innocent plastic brick diorama, ponder no longer. Redditor GaryIsYouDotCom recently posted his friend's r…

Reshared post from +Google Australia
We've had almost one million people try out buildwithchrome.com & to celebrate we thought we'd share a cool little easter egg with all of you builders out there…

To enable this easter egg simply press SHIFT + P while in the builder screen to switch the brick colour to pink. Check out this cool nyan cat that incorporates the secret colour :)

Reshared post from +Doctor Who
I guess this is what I need to complete my SciFi spaceship #lego  collection. This is totally awesome! #twt 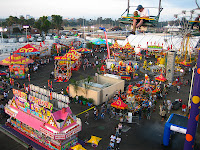