I just love the title of this one. ;) Hey, Google Fiber still qualifies as broadband!

FCC Redefines Broadband As 25 Mbps, Angering Broadband Industry Perfectly Happy With Previous, Pathetic Standard | Techdirt
For a few months now, the FCC has been hinting that it was preparing to raise the base definition of broadband, and now it has officially made it happen. Voting 3-2 along party lines (because having goals is a partisan issue, you know), the agency…

Suddenly the FCC's argument has a good deal of weight behind it.  Apparently even Scalia get's something right now and then. ;)

As always, these opinions are my own, and not that of any employer past, present or future, unless by chance we agree.

A Ruling Could Support F.C.C.’s Net Neutrality Defense
Supreme Court justices said that courts should defer to regulatory agencies in weighing how they carry out their mandates.

The FCC has posted a draft version of a broadband study that was made by The Berkman Center for Internet & Society at Harvard University (PDF). This very interesting report states “the United States is a middle-of-the-pack performer on most first generation broadband measures.” There are countries analyzed in the report with higher broadband penetration rates, who have higher capacity lines and who have faster and more ubiquitous wireless networks.

One of the most interesting findings is that those nations who have embraced “open access” policies are among the most high performing when it comes to broadband. The evidence seems to suggest that in countries such as Japan and South Korea, which have networks the report states are half a generation ahead of those in the U.S., have benefited from having policies that open not only their fiber infrastructure to competition, but also their wireless networks. Sweden, the United Kingdom and the Netherlands are all also pushing things this direction, and their broadband performance has been improving. Countries such as Switzerland and New Zealand, which had resisted “open access”, have now changed course.

The FCC is looking for comments (PDF) on the Berkman Center study, and wants to know if the study accomplished its purpose, if it complete and objective, and how much weight they should give to the report, among other things. With the current Net Neutrality debate going on, it will be interesting to see the responses to this from the cable, telephone and competitive communications providers.

The report also points out that the $7.2 billion stimulus investment that the U.S. is making is mostly higher than similar investmants made by other countries. However, many of the leading countries have made long term strategic public investments in their broadband infrastructure, via expenditures, tax breaks and low cost loans.

I am excited that the U.S. is breaking out of the pack, and to the leading role we will play in the Next Generation of Broadband. It is a great time to be working in this industry, and I look forward to making sure businesses are connected and enabled with advanced voice, data and security capabilities so that they can stay in constant contact with their customers, partners and staff around the globe.

Posted on the MegaPath Connectivity Blog as “Protecting Your Mobile Workforce from Sheep (Firesheep, that is)”

FCC Chairman Julius Genachowski gave a speech today in which he discussed his vision for the future of broadband and the Internet, specifically as related to keeping it ‘open.’ Also, the Washington Post has an article which says the FCC is about to pass a new set of net neutrality rules. The new rules seem to be meant to enforce the idea that network providers will need to allow any application to run on their network, and that if they use ‘traffic management’ tools, they will need to do so in a transparent way. This would also likely mean that content providers will be happy, as network operators wouldn’t be allowed to provide faster or slower access to specific sites or applications.

Interesting stuff. We’ll be keeping track of these developments with an eye of how they might affect your business’s ability to stay well connected.

Posted on the MegaPath Connectivity Blog as “Protecting Your Mobile Workforce from Sheep (Firesheep, that is)”

Wired has an good story about how we are currently living ‘The Summer of Broadband.’ Specifically, the story speaks to the focus the new administration, through the FCC, is placing on America’s IT and communications infrastructure. FCC chairman Julius Genachowski has been busy this summer, meeting with just about everyone to discuss the development of the National Broadband Plan. He has been quoted as saying that Broadband is this generations National Highway System. With the various stimulus work underway, and the upcoming workshops on broadband, there is definitely a push to more widely implement the transformational technologies that can increase productivity, lower costs and increase our ability to communicate.

Now is a good time to review the way that your business is taking advantage of broadband technologies. Whether you need to process payment transactions, lower telephony costs, secure your critical data, get closer to your customers and suppliers, or keep your employees more productive, it is in your best interest to review and update your technology initiatives. One call to the right partner and you can get the help you need examining which solutions can both lower your costs and increase your profits.

Posted on the MegaPath Connectivity Blog as “The Summer of Broadband.”

The FCC has launched a new website, Broadband.gov, where it will place information relative to the US National Broadband plan. One of the items on a site is a list of the advantages of broadband. If you are involved in running a small business and haven’t implemented broadband, I think you should check this page out for some good information.

The site will contain important information about workshops and other data items relative to the development of the plan it needs to deliver to the President next February.

Posted on the MegaPath Connectivity Blog as “US Launches Broadband.gov”.

The WSJ is reporting that the FCC has Approved Time Warner’s Cable Spinoff.  TWC is currently the cable company where I live, and I am not really satisfied with the service.  Previously, I was a Comcast customer, but that changed when they divided up Adelphia, and in the process swapped territories to control markets.  Comcast had HD OnDemand, and their Internet service was more reliable.

I am really not happy that my only other option is AT&T U-Verse.  I would love for Verizon to take on both these guys with a FiOS overbuild in the Orange County market. Or for BOXEE to port their code to the G4 so I could run it on the old Mac Mini I have connected to my TV. 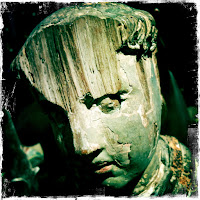